Biggest cricket event of the planet of the year just ended in Barcelona. 15 days of cricket with 16 teams and 60 matches played in European Cricket Series in Montjuic Barcelona organized from 12 to 30 november. 16 teams played in 2 groups of 8 teams each. 2 teams from each group qualified for the semifinal. United CC and Bangladesh Kings CC qualified for the semifinal from Group A and Catalunya CC and Falco CC played Semifinal from group B. Catalunya CC is the only unbeaten team of the tournament who won the title. 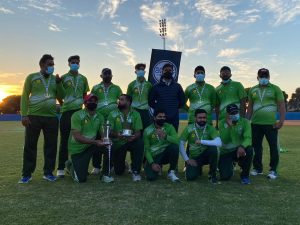 Catalunya Cricket Club won the title of the ECS Barcelona on 30th november 2020 by beating Falco Cricket Club in the final by 11 runs. Armaghan Khan was the man of the match of the final for his 57 of 21 and Awais Ahmed was the MVP for his 329 runs in 9 matches with an average of 36.55. 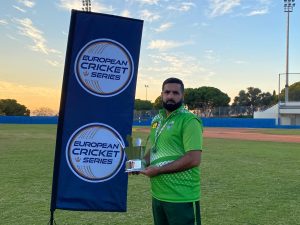 About the Author: Cricket Catala